Writing a single novel is a huge undertaking, so you can probably imagine the mammoth task that writing a series is…

However, if you’re considering writing a fantasy series, and are willing to put the work in, then this article is for you. 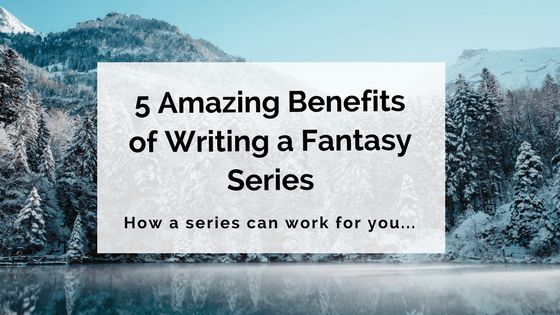 Here, I explore 5 of the best benefits of writing a fantasy series, including utilising an existing story foundation, increasing your book sales, and creating clear publishing goals.

First and foremost, I think it’s important to point out that the nature of the fantasy genre suits the structure of a multiple-book series.

Think: Harry Potter, A Song of Ice and Fire and Lord of the Rings, to name a few.

This is because fantasy stories often involve a quest on a more epic scale. Each book has its own arc, of course, but the stakes are higher because of some overarching evil presence or plot, and these are the stories that hook and reel us in.

Today’s audience is one of binge-watchers and binge-readers; writing and publishing a series allows you to take full advantage of that.

Furthermore, all the essential elements of a fantasy novel – a unique setting, a magic system, a cast of compelling characters – are best developed over multiple books.

For many fantasy writers, it can be pretty hard to build an entire world and tell an entire story in just one novel!

A series gives you the time you need to explore your world and weave the in-depth, complex stories fantasy readers crave.

One of the main benefits of writing a fantasy series is that you can utilise the hard work you’ve already done for book one, across multiple products.

In book one, you would have built your world, established rules for elements like magic, and developed your characters.

Writing a second and third book (or more) in the series means that you’re not starting from scratch with these elements. You’ve already got a solid foundation to build on.

All that time spent developing your setting (perhaps an entirely new fantasy realm), and getting to know your characters and creatures, can be utilised across your next book, and the next, and the next…

Personally, I found it far easier to start the second book (and now, the third) in my trilogy, The Oremere Chronicles, because I’d already done so much of the groundwork in book one.

It didn’t feel as though I was starting from the drawing board again, so it was a far less overwhelming way to start writing a new novel.

3. Target an existing readership and following

In a similar vein, all the work you did to get your first book into the hands of readers (reaching out to reviewers, creating a street team, doing guest posts and interviews) carries over to the next books in your series.

Fantasy readers and reviewers who enjoy the first book in a series tend to stay loyal to the author. They buy and read the next book, and the next.

Those who read fantasy tend to be far more likely to get involved in fandoms and contribute to online buzz, conversation and debates about their favourite series.

For me, I’ve found that many of those who enjoyed my debut, Heart of Mist, have already put their hands up to read and review the sequels in the series.

While a successful launch of any one novel is a great feat, what creates a successful long-term author career is having a catalogue of books on sale.

Writing and publishing a series is a great way to do this.

Readers are far more likely to buy the sequel to a book they enjoyed rather than invest in a brand-new standalone novel.

There are also readers who purchase all the books in a series at once.

Another benefit is that when publishing a series, there’s the option of creating products like omnibuses and book bundles for purchase.

All of these aspects provide the opportunity for an increase in book sales where writing and publishing standalone novels might not.

In my experience so far, being an author of a series is also far more attractive to potential literary agents.

5. Build your author brand and authority

Writing a series can help establish you as an authority in your niche/fantasy subgenre. The more books you have out, the more credibility you receive.

Particularly in the online sphere, publishing a series helps get your name out there, and makes your author brand more recognisable. 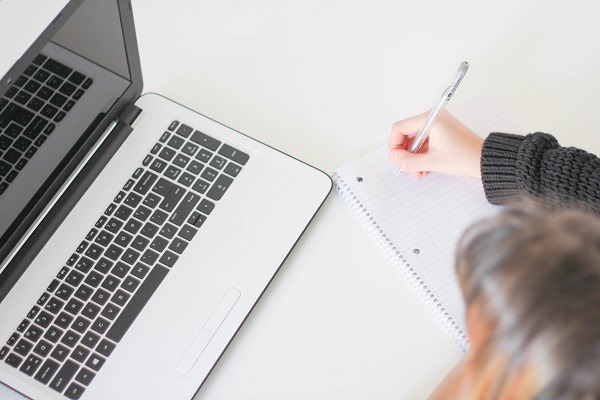 Readers are able to get to know you through your online author platform and effectively be part of the writing journey with you.

And perhaps most importantly, writing a series shows readers that you have the skills and stamina to sustain a cohesive story over multiple books.

For me, this is one of the most beneficial advantages to writing a series: it provides me with a clear set of publishing goals, and a sense of direction for my career.

Having these publishing goals keeps me on track and motivated with my writing.

In the same respect, writing a series keeps up the momentum. There’s never a time where you’re sitting around wondering what to write next.

In particular writing a series is great for indie fantasy authors. You don’t have to worry about whether or not a publisher will want to continue with you after Book I. This is always a risk if the first book doesn’t sell as well as expected and the author hasn’t been contracted to write the entire series.

As an indie author, you have complete control over your series and there’s no risk that a publisher will cancel the forthcoming books.

Fantasy writers, if you’re ready to commit, check out our Ultimate Guide: How to Write a Series to get you started.

Are you writing a fantasy series, or have you published one already? Share your experiences with us in the comments!