Whether you’re a plotter, a pantser or somewhere delightfully in between, everyone needs to plan their novel. But as with all creative endeavours, there’s no ‘right’ way to begin writing.

A plotter may opt for an in-depth scene breakdown, while a pantser may furiously jot down a series of random notes or ideas in their closest notebook. 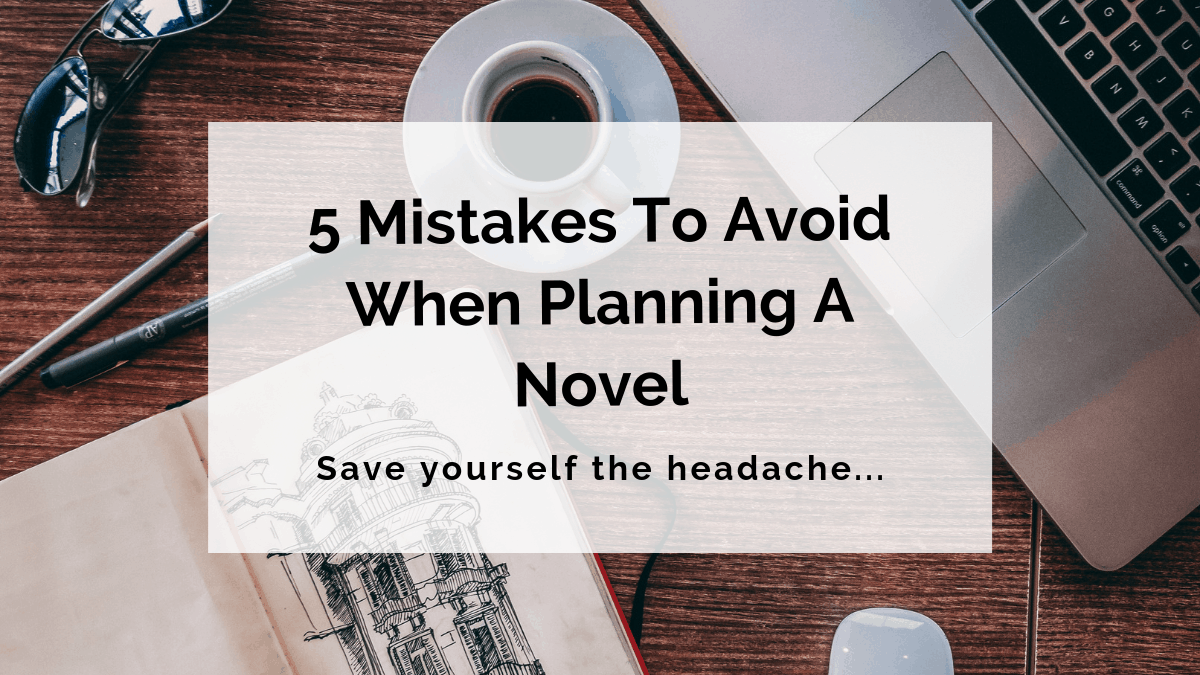 Whatever approach you take, there are a number of novel planning oversights that can lead you to a world of hurt.

In order to make your first draft as complete and painless as possible, here are the top five serious mistakes to watch out for, and why you should avoid them.

Mistake #1: Choosing Not To Plan At All

One of the biggest mistakes a writer can make is diving into a new project without knowing the premise well enough.

Even the free-spirited pantser would do well to nut out the central concept of their novel before diving head-first into the abyss of creativity.

In regards to fiction writing, the premise is usually a one-sentence summary of your protagonist, their goal, and the situation or obstacle they face. Failing to have this basic framework in place runs the risk of your novel having:

Without any sort of outline or notes recording the main story beats, it is easy for the plot to become meandering, convoluted and even nonsensical.

Likewise, if the premise is not strong enough to span the entirety of a novel, you may fall back on narrative ‘padding’ before reaching the conclusion.

Subplots and ‘sidequests’ have their place when they are supporting the main story or developing characters, but if they’re just written to fill pages, then you’re wasting your time and that of your readers.

Planning the important facets of your story before putting pen to paper will help you avoid accidentally writing yourself an aimless hole, and reduce the number of necessary redrafts in the future.

Mistake #2: Ignoring the Importance of Character

So you’ve taken your time developing a killer plot with more twists and turns than A Song of Ice and Fire. You’re good to go now, right?

Well, not quite yet.

All novels require a cast of compelling characters to guide your reader through the story.

Even in the most seemingly plot-driven novels or series, good authors invest a lot of effort in crafting a range of characters, each with individual character arcs that see them grow and develop throughout the course of their epic quest.

Successful novels see story arcs and character arcs run side-by-side, and it is a gross mistake to ignore either one.

When you sit down to plan your plot points, remember to keep your characters and their role to the forefront of your mind. Who are the mains? The supports? What are their motivations, their faults?

Creating authentic characters and exploring how they change through their interaction with the plot is a crucial component of novel planning, and should not be overlooked.

Placing all emphasis on the story alone can leave you with flat, boring drones in place of a colourful cast, and will often deter the reader from finishing the novel – regardless of how compelling a plot you have devised.

‘Write what you know’ is an age-old, somewhat tired adage tossed around writing groups and classes the world over, but any practising wordsmith knows that it’s not a guideline to be followed to the letter.

You don’t have to write what you know – but you do need to do your research.

Don’t make the mistake of thinking you can skip the research component – even if you’re not writing, say, historical fiction, or anything else deeply rooted in fact.

Research is a necessity that’s deeply integral to the planning process, and it is foolhardy not to do at least the bare minimum before getting started.

Increasing your scope of knowledge will strengthen your novel across the board and raise your credibility among readers. As such, it’s dangerous to go without.

Not only will you risk falling into offensive stereotypes or tropes – particularly when working with elements involving marginalised groups or a culture other than your own – your lack of research can and will be found out.

A great example of the detriment of not researching is Ernest Cline’s Ready Player One. As many have pointed out, the author’s apparent lack of research into Japanese culture led to the perpetuation of tokenistic stereotypes in his characters, and the misuse of a Japanese term (seppuku).

While this may have gone unnoticed by many readers, many others have been quick to denounce the author as being too lazy to undertake proper research.

Keep your readers onside and do not cut corners by making assumptions or relying on tired tropes.

There are four perspectives in creative fiction:

Certain types of stories lend themselves better to specific modes of narration.

Fantasy, for example, can benefit from omniscient or multiple POV storytelling, where the reader has a gods-eye view of all the action happening in the world or an insight into multiple characters’ perspectives.

Crime fiction, on the other hand, works particularly well when focused on the hardened detective’s headspace. And character-driven stories of self-discovery can be incredibly powerful when written in the first person.

That’s not to say you should automatically choose a point of view based on what is common or expected of your genre.

Think about the benefits of seeing the story through the eyes of your protagonist. Does half of their charm stem from their unique voice or sardonic wit?

If so, then using an external third-person narration might be a colossal waste. Likewise, developing an engaging ensemble cast is relatively pointless when the story is only told through the eyes of one character.

Had N.K. Jemisin, in her Hugo Award-winning science fiction-fantasy trilogy The Broken Earth, made the mistake of opting for a ‘safe’ perspective instead of the bold and unique use of second-person segments, it would have made for an entirely different reading experience – one that might not have been so impactful.

Mistake #5: Not Knowing Your Market

We all want to write a universally appealing novel, but sadly, it’s simply not possible. Approaching your novel with such a broad audience in mind is not only a big mistake, but also decisively unrealistic.

Understanding your target market shapes your novel, from its themes to its characters to its writing style.

As such, readers of War and Peace are unlikely to want to pick up Twilight; fans of commercial romance might not be so interested in high fantasy epics.

Of course, there are always exceptions. You yourself might be thinking, ‘But I love Danielle Steel AND Lord of the Rings!’.

However, if you pitch your action-packed, violent speculative fiction novel to the average consumer of modern-day romantic drama, we daresay you’re going to have a bad time. 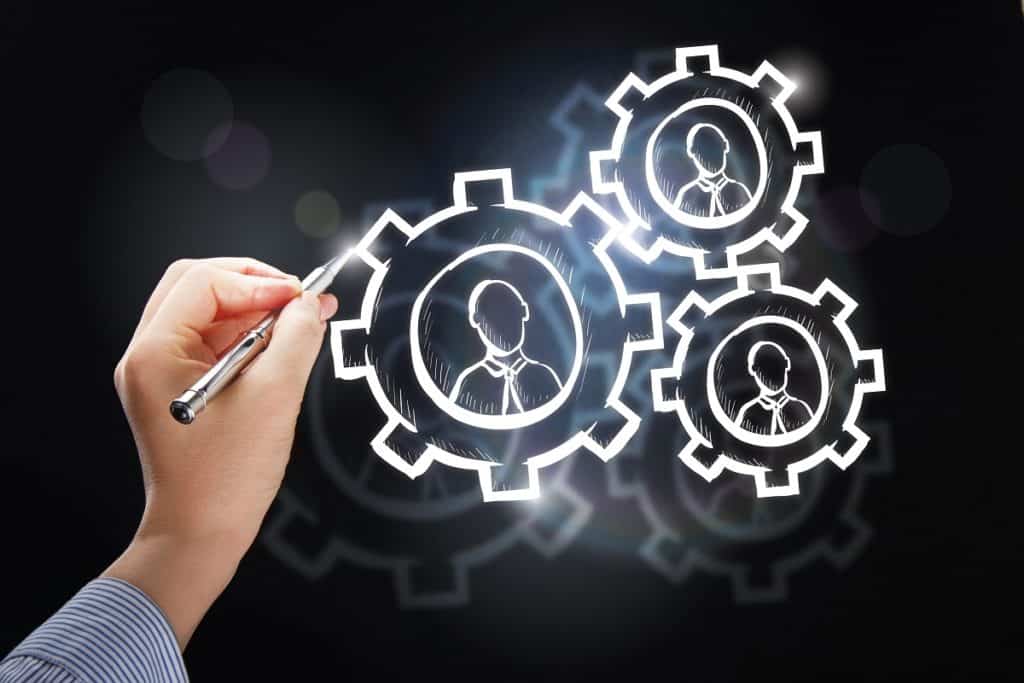 Part of knowing your market and who you’re writing for involves reading. Yes – more research.

How familiar are you with the interests and styles popular among readers of your genre or target demographic? Failing to read popular titles can not only leave you out of touch with current trends, but can also steer you into writing an inadvertently unoriginal novel.

If you subscribe to Joseph Campbell’s theory of the Hero with a Thousand Faces, in which every story in the history of the world is one and the same, you may think you’re fighting a losing battle.

However, reading widely before crafting your own story can help you understand what has already been done so you can consider what you could do differently to keep your novel fresh and appealing to the market.

Deciding to write a novel is a brave and rewarding endeavour, no matter what you create or how you choose to do it.

While there will always be rewrites and problems that need fixing, being aware of common planning pitfalls before you start working can save a lot of grief later on.

There’s nothing worse than getting 30,000 words into a manuscript you are passionately invested in, only to find that the characters are flat, the plot full of holes, and that you’ve spent fifty pages making uninformed assumptions on a number of topics you should have researched to begin with.

So write that plan, read that bestselling novel in your genre, and save yourself a bunch of unnecessary headaches.

Your sanity – and your readers – will thank you.

Jessica A. McMinn is an aspiring author based in NSW, Australia. Since graduating from the University of Wollongong with Distinction in BCA (Creative Writing) and BA (Japanese), Jessica has spent five years in Japan teaching English, all while working on her first dark fantasy novel: The Ruptured Sky (Gardens of War & Wasteland #1). Over at jessicaamcminn.com, Jessica shares short stories of various genres, book reviews, writing prompts and updates on her work-in-progress novel. In her free time she enjoys watching trashy TV, crafting, gaming, annoying her cat and raising her beautiful baby boy.