Per Petterson’s latest book I Refuse is a dark reflection of the fragility of friendship. Whilst Petterson portrays a rich landscape of connection between characters, his latest novel still maintains its melancholic, wintery environment and brooding, reflective protagonists, sure tools of this established author.

On a dark morning outside Oslo, Jim walks back to his car from a failed fishing trip and he comes across a friend he hasn’t seen for 30 years. This chance encounter between the two brings to mind for each of them the memory of their lost friendship. 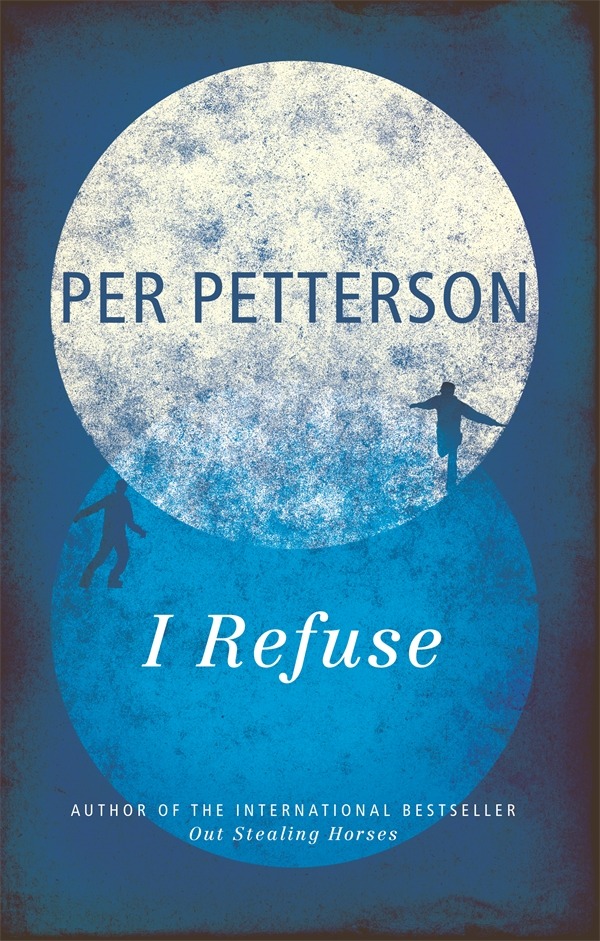 Tommy and his siblings, abandoned first by their mother and then father, are pulled apart and told to live with different families. The scene that precedes this disintegration is horrific. Tommy is thrown violently around the living room by his father and beaten senseless; his only form of defence is to use a baseball bat to shatter his father’s leg.

He still sat in his chair. I am sure he knew I was coming, but he didn’t move at all, and then I was behind him, and I lifted the bat over my shoulder so my knuckles touched my ear and with all the strength I had left, I struck out in a fierce blow and hit his leg”

As Tommy and his family fall apart his relationship with his sister Siri begins to fray and he is drawn closer to his friend Jim. Tommy is uncompromising and independent, toughened by his parent’s abandonment and separation from his sisters.

Jim stands in stark contrast to Tommy. He lives with his mother, a devout Christian, and unlike his best friend is more reserved and sensitive. Despite these differences the two friends share their struggles and by their endurance develop a bond that surpasses all others.

This parallel between the two is echoed in the present, as both men find themselves aging, alone and without any purpose in their lives. Tommy has used his mind for sums to establish himself as a successful businessman, buying expensive cars and coats that display his wealth. Jim on the other hand, once full of promise, intelligent and engaged with society, is now reclusive, caught in the grips of depression that barely lets him leave the house.

Jim and Tommy’s stories are wound together, connecting and disconnecting as they both reflect on their childhood, friendship, and falling apart. Both Tommy and Jim, as adults, are drifting through a meaningless existence, as their memories of adolescent, though not without difficulty and pain are all the more significant through their companionship.

As Tommy starts to find his feet, working tirelessly with his adopted guardian Jonson, Jim’s world starts to crumble. This becomes clear on a cold day skating on the ice with Tommy. Soon after Jim attempts suicide and ends up in a psychiatric hospital, smoking in the cold air as Tommy watches from a distance. Although the reason for Tommy and Jim’s eventual fall out is not determined by a singular event, Petterson carefully draws the growing distance. Like ice thawing at the end of winter, Tommy and Jim’s friendship drifts away.

Both Tommy and Jim share the spotlight as each chapter goes back and forth between the two as they live and reflect on their childhood. Chapters are also devoted to other important characters, Tommy’s sister Siri, his guardian Jonson and their mother Tya. All of who contribute to the complex picture of the delicacy of relationships.

Petterson’s style is bare. He’s prose is minimal; never wasting his words the narrative has a rhythmic beat that propels it along. However, this does in no way mean that the writing is boring; rather these elements together, combined with the emotional rawness of the story are a captivating combination. In some ways I Refuse is easy to read, but very difficult to forget.

Tommy and Jim’s anguish over the loss of each other is a modern take on romantic tragedy. Their friendship, having disintegrated as they step out of their youth, remains an enduring pain for both of them. Petterson’s I Refuse is a complex tale of friendship, loss and emotional remoteness and his voice, straight and compelling weaves together a dark and compelling novel. As Tommy walks out onto the bridge in search of his friend, Jim drives on into the future.

Jim was calm now and his breathing measured and fine, and he passed the other car very easily and drove down to Mosseveien and turned right at the bottom, towards Oslo and the white bridge, and he thought, I will get there soon enough, where I am going”

Jared Catchpoole is a young writer based in Melbourne. He spends his time reading and writing and working on short stories, essays and his first novel which he hopes to finish one day. He has finished a creative writing certificate and is currently completing a Bachelor of Journalism.