In 2010, author Emma Donoghue published Room – a novel which drew its primary inspiration from the grisly kidnapping case of Elisabeth Fritzl. Imprisoned underground by her father for 24 years, she gave birth to seven of his children before the police intervened. Room handled this subject matter with surprising strength and perception, and the film experience is as equally brilliant.

From any perspective, Room offers a compelling, chilling meditation on both the concept of “freedom” as well as “captivity”. Maintaining the book’s emotional tone through the visual medium of film was likely a challenge, but the acting cast pulled it off with grace.

Purchased by A24 Films and DirecTV in 2014, Donoghue wrote the script herself and Lenny Abrahamson was brought on as director. After premiering at Telluride this fall the film has gone on to gain critical praise and even rumours of the Oscar. 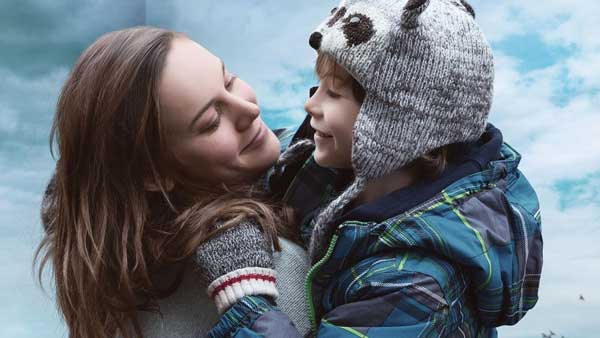 Brie Larson stars as “Ma”, who has been aged down two years from her book portrayal. Jacob Tremblay plays Jack, the five-year-old who remains the audience’s point of view into the world of Room. Camera shots take the place of the novel’s narration by necessity, and the visual language of the movie emphasizes how truly tiny Room is.

One constraint that director Abrahamson placed was that Room was built to size specifications, and that all shots be from inside – or at least through the walls of – Room in order to give an authentic experience.

Readers of the novel will recognise aspects of the environment: Eggsnake, Plant, Skylight, Dora the Explorer – but will find some differences made for the change in medium. Jack is no longer a second born and Ma no longer has a sibling.

They no longer spend as much time at the hospital after their rescue, instead going to live with Jack’s grandmother, played by the wonderful Joan Allen. Breastfeeding, a key plot component and clear demonstration of Jack and Ma’s closeness, is only touched upon briefly.

As with all book-to-movie adaptations, certain alterations are to be expected; Donoghue’s personal commitment to the script ensured that the necessary changes were done in service to the story and delivered with care.

More nuanced layers of the story, such as Jack’s trip with his uncle’s family or Jack’s stillborn older sister, would have likely slowed down the pace of the movie, so they remain in the world of the book.

Room as a film is somewhat constrained without the inclusion of Jack’s internal monologue, but it is also uplifted by the same: the visuals, music, and acting drive the core message home in a way different from the words on the page.

It is one thing to hear about how small an 11 foot square room is, and another to see two people inhabiting it. The deliberate choice to exclude certain aspects of book may affect the experience for some readers, but on the whole, it is an invigorating translation that feels exactly right.

Room, the film, is an intimate affair with some truly remarkable performances from its small cast. Tremblay in particular shines as Jack, bringing some of the most imaginative book passages to life. What critics have noticed is now screening for audiences nationwide, and fans of the novel would do well to see this intense and beautiful work before it leaves theatres.

Beth Kelly is a blogger who works in the windy city of Chicago, IL. After graduating from DePaul University she went on to work abroad for several years teaching English, now back stateside she's saving up for her next travel adventure. In her spare time you can find her training for triathlons. Find her on Twitter with the handle @bkelly_88.

link to 7 Hacks To Improve Your Creative Thinking

It can sometimes be a struggle to keep up the flow of your creative juices. The reality is that this has become a struggle for almost everyone out there. When it comes to creative thinking,...

Being labelled a perfectionist was once universally considered a badge of honour. Countless highly successful people have proudly proclaimed their perfectionist tendencies, and it was long the...