In Part One, we covered the main steps to get you started on planning and mapping out the direction and framework of your poetry. Now it’s time to begin the actual writing!

This act of translating thoughts to words is, of course, never quite as simple as it may initially seem.

Because of this, it’s easy to get caught up in confusion and uncertainty over where to start, what to consider, and which aspects to focus on when you’re composing poetry.

So what elements of your poem should you pay particular attention to? How should you go then about approaching those elements in the most effective way possible?

Here are the final important features of poetry that are definitely worth mulling over. 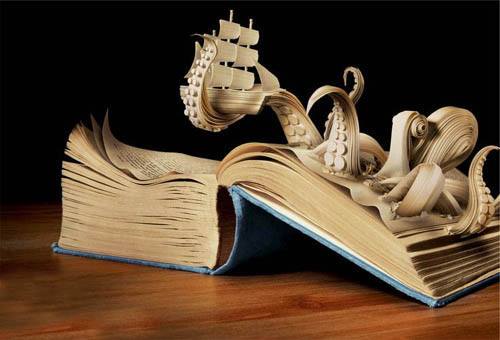 Tone and mood are very similar in that they both deal with the emotions encapsulated in your poem.

There is only a minor difference between the two: while tone is determined by the poet’s attitude towards his/her subject, mood is the atmosphere of the poem as experienced by the reader.

Often, the two terms are interlinked; tone impacts on mood, and vice versa. So in this context, for simplicity and convenience’s sake, we’ll consider them to be synonymous.

Your word choice, or diction, is especially important when it comes to building up the mood of your poem.

Her accumulation of harsh tones in despondent terms like “troubled”, “puzzled”, “heartbreak” and “hatred”, powerfully conveys a thick atmosphere of anger and frustration.

What’s interesting to note is that, after her distinctive use of the disjunction “But” which suggests a turning point in the poem, the weighty atmosphere is instantly lightened by her myriad of comparatively softer, gentler tones in such words as “brave”, fine” and “entwine”.

In saying this, it may be worthwhile for you to experiment with shifts in mood throughout your poem, as this is a good way to show changes in your persona’s attitude and outlook towards the subject/object at hand.

Ultimately, playing around with tone or mood will give you the opportunity to generate more nuance and variety within your writing. 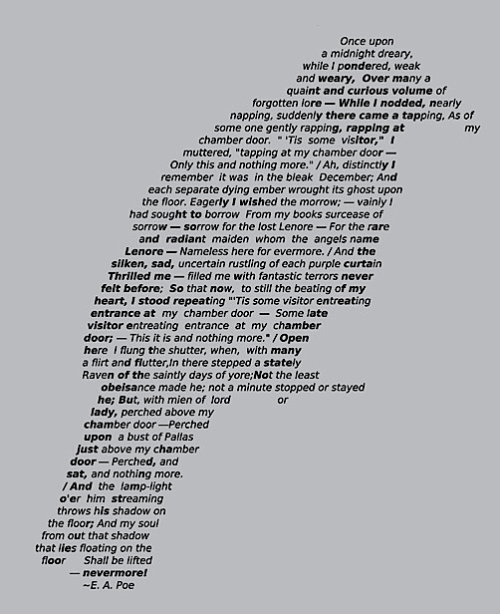 In the poetry world, there’s often a lot of stigma surrounding external rhymes, mainly because they have a tendency to make your poetry sound unnatural.

You do want to avoid placing these kinds of forced rhymes within your poems, but this is not to say that you should avoid using external rhymes in general.

The trick is to read your poem aloud, as a way of checking that none of your external rhymes disrupt the overall flow and fluency of your poem. In other words, one line should transition smoothly into the next, like so:

The outlook wasn’t brilliant for the Mudville Nine that day;

The score stood four to two, with but one inning more to play,

And then when Cooney died at first, and Barrows did the same,

A sickly silence fell upon the patrons of the game.

– Ernest Thayer, ‘Casey at the Bat’

Many forms of fixed verse poetry have (external) rhyme schemes; for instance, the above stanza taken from Thayer’s ‘Casey at the Bat’, follows a strict AABB rhyme scheme – a feature (among others) that contributes to the poem’s lyrical quality and in part, helps it to qualify its criteria as a ballad.

In addition, there are also internal rhymes; these occur within a single line of verse, and are a more subtle way of creating rhyming poetry.

Once upon a midnight dreary, while I pondered, weak and weary,

Over many a quaint and curious volume of forgotten lore,

While I nodded, nearly napping, suddenly there came a tapping,

As of someone gently rapping, rapping at my chamber door.

“’Tis some visitor,” I muttered, “tapping at my chamber door —

Only this, and nothing more.

As you can see in the example above, internal rhymes may also extend beyond a line of verse – as long as at least one of the rhymes are located within the actual body of the stanza (and not at the ends of the lines).

If implemented judiciously, internal rhyme can go a long way to strengthening the overall unity and coherence of your poem.

Half rhymes, on the other hand, may be used to signify a break from conformity or escape from confinement and rigidity.

So if you’re looking to create more of a jarring and disconcerting effect, it would be more effective if you use half (or slant) rhymes rather than perfect rhymes which generally imbue a sense of unison into your poem instead.

Let’s consider this excerpt from Emily Dickinson’s poem ‘Not any Higher Stands the Grave’:

The beggar and his Queen

Here, ‘Queen’ and ‘Afternoon’ are half rhymes of each other.

This means while they do contain similar sounds, they don’t completely rhyme; in more specific terms, the two words’ final consonants correspond with each other, but their proceeding vowels and consonants share little resemblance with one another.

That being said, half rhymes are tools or instruments you could potentially use, to help build greater variety and complexity into your poem. 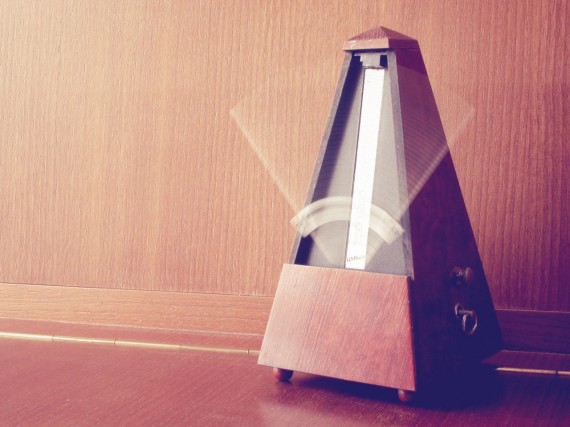 Rhythm is very closely related to rhyme, and the two often work hand-in-hand to enhance the musicality and fluidity of your poetry.

Having an understanding of stress as well as the different meters in existence is essential to laying down the foundations to creating meaningful rhythm.

Take a look here for a concise overview of stress and meter.

An epitomic example that excellently captures the interaction between rhyme and rhythm can be seen in Gwen Harwood’s poem ‘The Violets’. Let’s take a look at her first stanza:

It is dusk, and cold. I kneel to pick

ashes and loam. The melting west

whistling a trill, close by his nest

our blackbird frets and strops his beak

However, she subtly disrupts this constant meter with her inconsistent rhyme scheme, as a way of alerting the reader of the ever-imminent chaos of adulthood that pervades her memories of a stable and innocent childhood.

On a smaller scale, rhythm also involves individual syllable units. For instance, in Ted Hughes’ ‘The Thought-Fox’, the monosyllabic rhythm of the line, “Set neat prints into the snow”, is most clever and fascinating in that it almost seems to echo the sound of the “thought-fox” leaving tracks in the snow.

The significance of sound in poetry will be discussed in greater detail below. 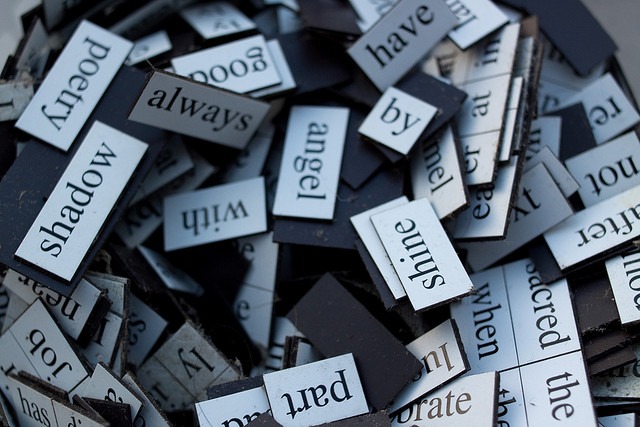 Poetry remembers that it was an oral art before it was a written art.”

This remark reminds us that aural devices such as onomatopoeia, alliteration and assonance, are crucial elements to consider when composing poetry.

Alliteration, for example, is often used in lines that lack cohesion, because its repeated sounds – in poet Sean M. Conrey‘s words – “create pattern, [and] thus structure”. Conrey also makes a good point that alliteration gives us the capacity to:

create a repeated set of sounds that will either (A) stand apart from the words around them (because they are aurally different) or (B) will make a pattern with their own sounds that can then be varied for emphasis.”

(A) can be illustrated by the excerpt below, wherein the second line drastically stands out from the other lines that surround it due its extensive alliteration of “L”:

The video clips taken by Frank in Louisville are dull but

the lurid letters of Lucy Lewis are luscious, lucid and libidinous.

Surely we haven’t seen anything like them in years.

(B) is demonstrated in the following example, which depicts an alliterative statement ‘interrupted’ by the sharp use of the word “crude” whose “C” sound starkly contrasts with all the other “L” sounds:

The lurid letters of Lucy Lewis are luscious, crude and libidinous.

An important thing to keep in mind when you’re writing is that, you need to allow both order and chaos to exist within your poem.

If your poetry structure becomes too obvious and transparent (as in the case of “Lucy Lewis”), then there’s a high possibility that the reader will be rendered incapable of experiencing a true personal connection to your poem.

Moreover, focus on exploring all five forms of sensory imagery – not only visual and aural, but also tactile (touch), olfactory (smell) and gustatory (taste).

Make sure that your poem appeals to at least two of the senses.

This will give you the space to not only reinforce the meaning embodied by your words, but to also more evocatively trigger emotion, and in doing so, take the reader on a more enriching and resonant journey.

It is clear that poetry writing is more than just a visual construction of words; there is such a wide range of other aspects you’ll need to take into account as you compose your poem.

Ultimately, as with anything else, the more you practise, the better you will get at it. So read lots of poems; write lots of poems.

Find your voice, and let yourself be heard through the wonderful medium that is poetry.

Katherine is a writer and part-time blogger, an avid reader and a collector of inspiring quotes. Having been in love with stories from a very young age, she is always looking to transform daily observations into beautiful, philosophical tales. She is currently studying Bachelor of Arts (Media and Communications) at the University of Sydney, and hopes to one day inspire positivity, provoke deep thought and give a voice to the voiceless. You can read more of Katherine's writing here.