The core of a great story comes with a set of compelling characters. While the protagonist will always have the limelight, secondary characters are as important.

These range from sidekicks, best friends, a love interest, or an enemy. All with the purpose of helping build up your main character.

A good mixture of these characters allows your readers to enjoy more depth as they read further. In this post, I’ll show you how to create strong supporting characters to deepen your story.

Who Are Your Secondary Characters?

The plot will not focus on their backstory. But they play an active role in the lead’s character development.

They either develop the lead’s character, create conflict, or define the plot more. These are the critical details needed to help your story progress.

Secondary characters often interact with your lead throughout the story. You’ll find that these characters are often alongside them.

In some ways, you can link these two through dialogues, memories, or brief encounters. Even from afar, they can reveal certain details about the lead.

Your supporting characters are what readers can often relate to. They could hold similar roles in anyone’s life, such as a best friend, an enemy, or a parent figure.

As a minor character, they won’t be in the limelight as much as lead characters. Regardless, it doesn’t mean we shouldn’t give importance to their characterization. 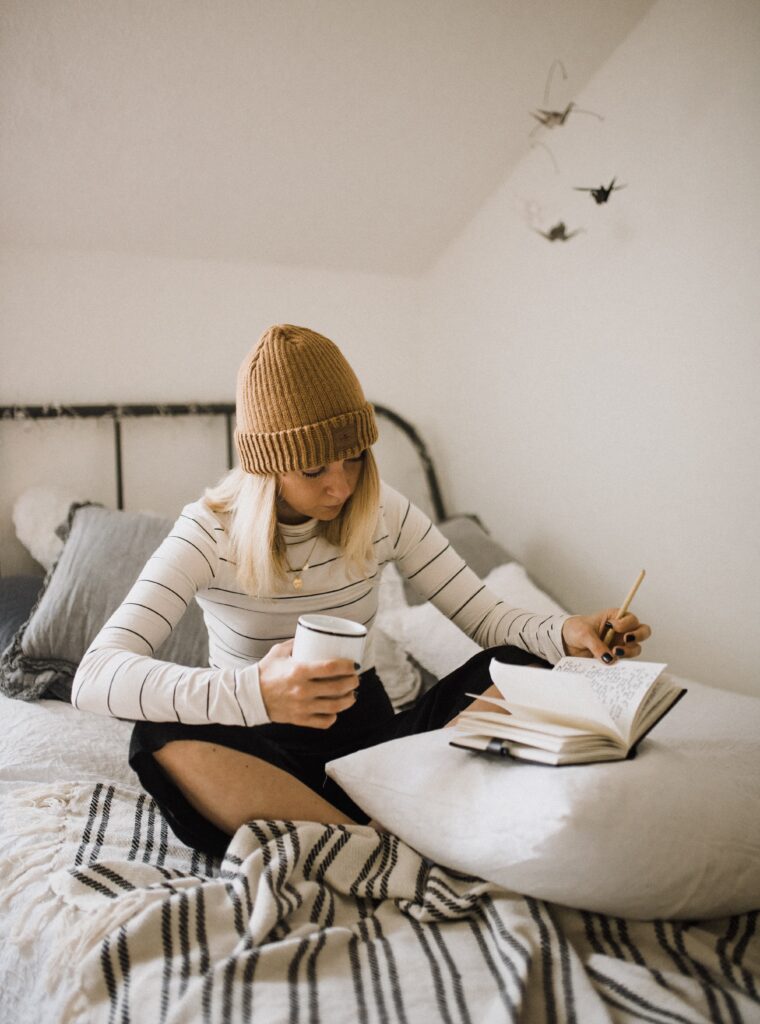 How Do You Write A Secondary Character?

It can be challenging to write a secondary character when the focus is on your lead. Your minor characters play a deciding factor in whether the plot succeeds or fails.

Which is why you’ll have to showcase as many details and give them a story of their own. Secondary characters deserve to have their own importance, as a protagonist would.

It’s necessary to develop your secondary character before writing one. To get started, here are some tips for you to consider:

As mentioned, a secondary character will need to have a life of their own. This includes their own personality, complexities, and a description of who they are.

A backstory allows readers more insight into the secondary character. Crafting these details lets them get to know the character on a more relatable level.

Will they play as the hero or the villain? You’re free to choose either of which. But if you want to add more dimension to these characters, it helps to combine personalities.

Because these characters are the missing piece to the puzzle, don’t get too caught up in details. If you dig too deep with their details, your readers will stray from the main plot.

It’s vital for secondary characters to stand on their own two feet. These characters aren’t quick to say ‘yes’ to the main character.

Readers often favor best friends or supporting roles. This is because protagonists run to them for advice in times of need.

But no one wants to see a supporting character live in the shadows of their protagonist. It only flattens the plot if they’re always agreeing with the lead.

Secondary characters should perceive the inner story from another point of view. Whether they’re a sidekick or a best friend, they can make independent decisions.

Their purpose is to bring out the best in the protagonist, regardless of whether they’re good or bad. They can cause conflict or reveal details that will help challenge the lead.

Secondary characters don’t appear as often in the story, which is why they should be memorable. You can have a simple framework for their identity.

As supporting characters, you don’t have to be too specific with their identity. Make it brief and simple so your reader can still keep up with the plot.

It’s okay to go deep into their physical appearance, hobbies, and goals. You can even tie them to a certain object or location.

Take Peter Pan, for example, Captain Hook arrives at the scene in a pirate ship. This makes it easy for the reader to associate the pirate ship to Captain Hook’s appearance in the scene.

You can also go a bit deeper by describing their hopes and fears. When you tap into emotional aspects, your reader can connect to them on a personal level.

Give Each Character A Distinct Name

There are reasons why names like Romeo and Juliet or Harry Potter are so popular. When you read their stories, you’ll notice how every character has a distinct first name.

No two characters should have similar names. For example, it’s easy to confuse Sam with Samantha, or John with Johnny.

It’s easy to associate some names with what’s familiar in pop culture. When you see the name ‘Leonardo,’ the painter comes into mind. Or a name like ‘Ariel’ could make readers picture a mermaid.

A name is essential for your character to stand on its own existence. Help your readers be more familiar with secondary characters through compelling names.

If you’re having trouble thinking of one, you can use a random name generator. There are many random generators that provide several options.

You can even choose a name that’s specific to a certain nationality!

Stick To A Few Secondary Characters

The process of creating secondary characters can be fun. When you have brimming ideas, it’s possible to add a few more to deepen the plot.

It’s exciting to add various influential characters in a story. They can bring out the best in your protagonist, but you don’t need them all.

While you may have a good idea of every character and their traits, be mindful of your reader. When you introduce a new person in the plot, a new backstory also branches out.

When this happens, your readers will have a hard time digesting new information. I’m sure most of us have flipped through a book introducing too many characters.

Only writers know these characters by heart. But us readers lose the bigger picture, in the effort of familiarizing these new people.

Use Them To Develop The Protagonist

Secondary characters cater to one goal, which is to develop the main characters. These characters don’t live in the shadows of their main counterparts.

These secondary characters may either support or stir conflict against the protagonist.

It’s also important that they set the tone of each arc. Without secondary characters, it’s hard to create a rising action or a climax in the story.

Among all characters, secondary characters are what keeps the plot exciting. If there’s no compelling character to challenge the protagonist, your story becomes flat.

Secondary characters are a way for you to bring in surprises into the plot. Secrets that even the protagonist wouldn’t know of. 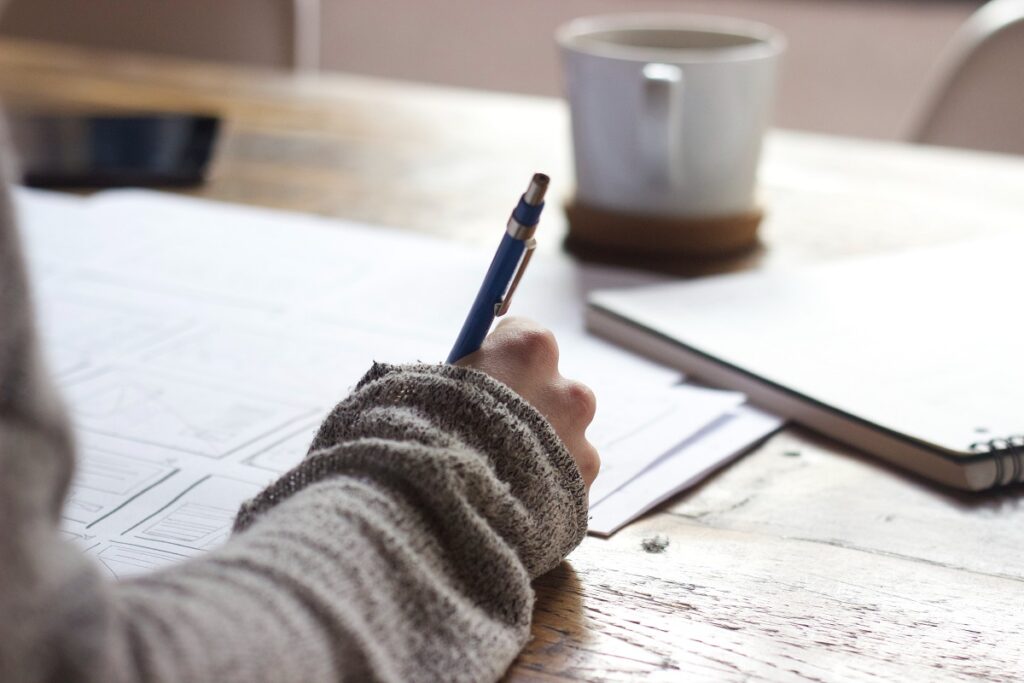 The 4 Types Of Secondary Characters

There are various ways for you to develop a strong secondary character. This includes knowing what type of role you want them to play in the plot.

You can look at how you imagine them to support your lead. Do they hold valuable information to help your protagonist progress? Or will they be the cause of their demise?

To help you picture it out, below are the four types of characters for secondary roles:

From its name, dynamic means the character changes throughout the plot. This type of character is fitting for your lead.

Protagonists don’t stay the same from beginning to end. They’re classified as dynamic because of their actions and behavior change over time.

This means that your character will have a substantial role from beginning to end. Static means their personality traits stay the same in the plot.

In any situation, readers will know how this character influences your protagonist. They’re expected to offer the same support and traits, no matter what predicament the lead is in.

Because they remain the same, readers also grow on them along the journey. There’s nothing too striking about static characters.

But these characters are the most lovable and the most relatable. They’re often average in nature, like us readers.

This type of secondary character appears as conflicted. They’ve ruled the decisions of the protagonist because they’re unsure characters themselves.

This type of secondary character values the protagonist and grows alongside them. Because of this, they can also cause a few inconveniences for the lead along the way.

Protagonists can learn to stretch their patience towards these characters. They may stir up conflict between them. In the end, round characters are challenges for protagonists.

One valuable reason to have them is that they help reveal your protagonist’s true colors.

These are often mistaken with static characters because they share a similar trait. Both types of secondary characters remain the same throughout the plot.

Flat means they have one unchanging trait, by minor characters definition. They’re tied to only one trait and recognized by this for the entire plot.

To give you a better idea, in Romeo and Juliet, Juliet’s mother is a flat character. Her main role is only to persuade Juliet to marry Paris, her suitor.

In Harry Potter, examples are Crabbe and Goyle. They’re known to be Malfoy’s sidekicks, but we don’t learn anything much about them along the way.

Is It Important To Have A Tertiary Character?

Tertiary characters play a minor role in the story, like secondary characters. Tertiary ranks in third, by minor character definition.

You can find a lot of these people in the inner world of the story. They only help fill out the world but aren’t linked to the main plot.

When they appear in the scene, they often perform only one function in relation to the plot. Despite their minor role, no writer should discredit the importance of these characters.

By classifying them into stereotypes, the story loses its value. Additionally, you lose credibility as a writer.

Creating a secondary character can be exciting when you write a story. They help deepen your plot, it’ll surprise you to see how they can influence the conclusion.

I hope this guideline has given you a better idea of how you can create your own secondary character.

Remember to give them enough value, as you would with your protagonist.