Every month, Writer’s Edit selects one work to feature as our Poem of the Month. This year we’re going behind the scenes of the writing to discuss inspirations and influences with the authors themselves.

We chatted with Brisbane-based writer, TJ Wilkshire, about her poem ‘My Head‘ and its techniques and influences, and her best advice for staying ambitious in the industry. 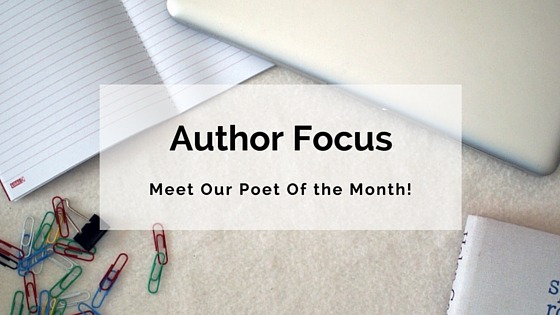 What’s your writing history like, and what are your accomplishments so far?

I’m a uni student, still. I’m doing my masters in Writing, Editing, and Publishing at The University of Queensland. I’d like to do my PHD in creative writing, but we’ll see.

I’m vegan (a pretty bad one, I love croissants). I’m an artist, and I’m still tentative about using that word, but my art is in two galleries right now.

I’m still tentative about saying, ‘I’m a writer’ too. I started writing when I was very young, when I was twelve I wrote a short story and my year six teacher sent it to Meanjin.

I then attended the Meanjin young writer’s camp and that’s when I thought, ‘Wow, I really like writing, maybe that’s what I’ll do with my life.’ Before that I wanted to be a forensic scientist, even though I faint at the sight of blood.

I suppose my biggest accomplishment so far have been winning the Kingshott Cassidy Poetry scholarship two years ago through UQ. Also on the weekend I read three poems at the Brisbane Writer’s Festival, which was nerve-wracking but amazing.

Where did the inspiration for ‘My Head’ come from? How do you usually start a poem?

I started writing bits and pieces for ‘My Head’ during a time when my friend went through a bad bout of depression. Her depression continued and mine emerged again, and I wanted to express the suffering that was happening to both of us but separately from one another.

I don’t usually start poems chronologically. I keep a notebook just for poetry, it’s small enough to fit in all my handbags. So when I put my phone, wallet, and lip balm into my bag I also chuck in this notebook and a pen.

Sometimes lines will come to me and from there I expand on the idea.

This is going to sound weird but lately I’ve been starting poems by watching David Attenborough documentaries. Because my poetry is so nature based, I want to portray the beautiful aesthetic of nature shown in these high quality documentaries, but in my writing. If that makes sense?

The magpie metaphor for depression is so unique. Dark, yet beautiful. How did you tie those two images together and what techniques did you use?

For me, like many birds, magpies represent depression and other human emotions so well. Magpies are aggressive yet playful, and the way the colours of their feathers conflict with each other, to me, represents that pull and push of depression.

The main technique I use when implementing birds and other animals into my poetry is a kind of anthropomorphism.

I tend to see myself as an animal, like a bird. I think if I were a bird I would be a bush-stone curlew. They’re eerie, yet cute and stand in car parks with their head in the clouds.

Who are your literary influences? What are your favourite, must-read books?

Robert Adamson. His collection The Goldfinches of Baghdad is what helped me recognise my poetic style. If I ever met him I would fan-girl so bad.

I also find a lot of inspiration from Indigenous poets like Samuel Wagan Watson (also had a fan girl moment at the Queensland Poetry Festival), Oodgeroo Noonuccal, and Ellen Van Neerven.

I also have a few poet friends who are amazing and they inspire me so much. We all have our own styles, which I think is what makes a good writer: reading outside of your own style.

A must-read book is The Road by Cormac McCarthy. It’s one of those books that I read in like two days and it haunted me so much that I didn’t sleep for a week and I now avoid looking at it.

Also Big Magic by Elizabeth Gilbert (It’s self help-y but helped me a lot), Where Song Began by Tim Lowe (all about birds), and anything by Margaret Atwood.

What advice would you give to other writers? What has been your best lesson so far?

I have a little note above my desk that says, ‘Even if you keep getting knocked down you just keep doing what you’re doing, because it’s what you want and deserve.’

You don’t have to be so passionate about being a writer that it’s all you think about and the only reason you breathe. But be ambitious, go to writer’s festivals, meet other writers and talk to them, ‘networking’ just means making friends.

My best lesson so far has been, if a publishing company asks you for money just throw that contract in the bin.