Every month, Writer’s Edit selects one work to feature as our Short Story of the Month. This year we’re going behind the scenes of the writing to discuss inspirations and influences with the authors themselves.

We talked with Kindling III author, Cassie Hamer, about her story ‘Tim’s War‘ which explores adolescence and friendship during the paranoia of the Cold War. 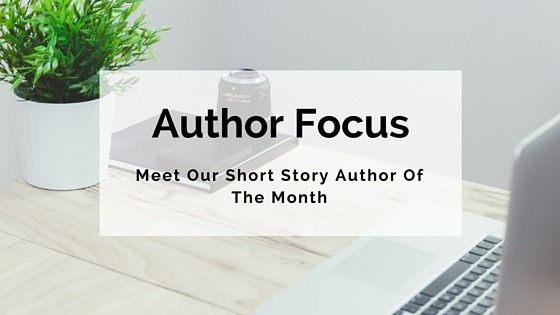 What’s your writing history like, and what are your accomplishments so far?

I’m a Sydney-based writer who likes walks on the beach and has a great sense of humour and I’m looking for… No. Sorry. Seriously.

I do live in Sydney and I’ve been writing creatively for five years. After nearly a decade in journalism and PR,  it was (oddly) motherhood that re-ignited my creative spirit. It’s so convenient as my three girls just love watching me work at the computer.

I’ve had some successes in short story competitions, and some of my pieces have been published. I blog about books and writing at BookBirdy.com and in my fantasies, the novel I’m working on will be published to great acclaim in the next five years.

Where did the idea for ‘Tim’s War’ first come from? The opening line has a great hook – what was the writing of the story like?

The idea came from a TV show where Australian artist Ben Quilty was being interviewed about his childhood.

He mentioned the fear he felt as a little boy, triggered by the Cold War. The idea intrigued me, and the story sprang from there.

Tell us about the time the story is set in. Did you have to do a lot of history research?

I had studied the Cold War at school for the HSC, so I had a sense of the paranoia of the period. But I did have to check dates and details.

Who are your literary influences? What are your favourite, must-read books?

I’m a promiscuous reader. My allegiance is not so much to the author, as to the work. If there’s truth in the sentiment, or a gripping plot or sublime imagery, I will read it!

That said, I will say that Cate Kennedy did change my thoughts on the possibilities of the short story – the way she elevates the domestic into something worthy of literature is quite extraordinary.

What advice would you give to other writers? What has been your best lesson so far?

My uni lecturer once told me that all writing is re-writing. And sadly it’s true.

A story is never ‘done’ after its first draft. This pains me, as I’m not a great self-editor, but it’s true.