It was the spoken word piece ‘Why I Hate School But Love Education’ that put poet Suli Breaks on the radar. Disappointed by the current formal education system, and feeling as though his creativity had been suppressed for far too long, Breaks launched himself into performing at pubs and universities all over the UK. Now, as one of the most popular spoken word artists in the world, Breaks has a number of achievements and awards to his name. His YouTube channel has over 8.9 million views and over 145k subscribers, he was awarded second place in the Mastermind Talks and has also appeared on Tedx House of Parliament… 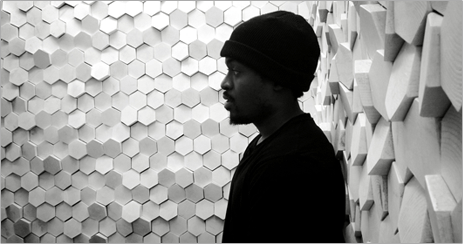 Right now though, Breaks is taking his art around the world, in 80 days. With a £20,000 budget, he plans on creating a ‘vlogumentary’- to be uploaded t0 his website in real-time. With his Sydney event in our sights, Writer’s Edit caught up with Suli to find out a little more about his inspirations and his dreams.

Was there one moment in particular that encouraged you to shed other people’s expectations of work and education and pursue your own dream? What was it?

Upon graduating I had already decided to pursue a creative outlet, and entering the world of self-discovery and entrepreneurism, I found that a lot of the practices and skills that had been emphasized in school and the work environment were not practically applicable, in trying to pursue my dreams. The defining moment was when I read the book, The Alchemist in 2010. The book was a reaffirmation of everything that I had always believed; it gave me the confidence to believe that I can shape my own reality, and there was one that existed outside the conventions of the norm.

What is the vision behind your project ‘Around the World in 80 Days’?

The whole theme of the project is an attempt to find inspiration and be inspired past my current inspirations. I have always made material just based on my understanding and experiences in my part of the world, I wanted to try and see and feel more and hopefully feed that into my art, in an attempt to create a project with material like none I have ever made before. I am a strong believer that any artist is only as good as their experiences.

You have an unused law-degree from Sheffield University, given your passions and current endeavours – do you wish you had of pursued tertiary education in the creative arts instead?

To be honest, I wish that I had definitely pursued something in the creative fields, but I think mentally if I had never gone through the experience with my law studies, my mind would have never broadened to the extent it did. The suppression of my creativity for so long is what really allowed it to come to fruition with such passion, urgency and enthusiasm.

Can you talk us through your writing process for your spoken word poetry?

I don’t really have a specific process, one thing that is consistent when I am writing is, that my pieces can be an accumulation of various thoughts, or sentences I have written down and just organised on to a page to make a spoken word piece. I do prefer to write when inspiration takes hold of me, rather than have an organised format or timing.

After you’ve been ‘around the world in 80 days’, what’s next?

I plan on using the experience to create my debut album, I am documenting a lot of the experiences, visually and in writing so it will be interesting to see what kind of platform we can create to display that.

In just a few weeks Suli Breaks will be performing in Sydney at the Oxford Arts Factory on March 15th. You can purchase your tickets here, and follow his journey through his website, here.

Writer’s Edit would like to thank Suli for taking the time to speak with us.