Kindling is a result of the hard work, passion and dedication of our writers, editors, and of course, supporters. 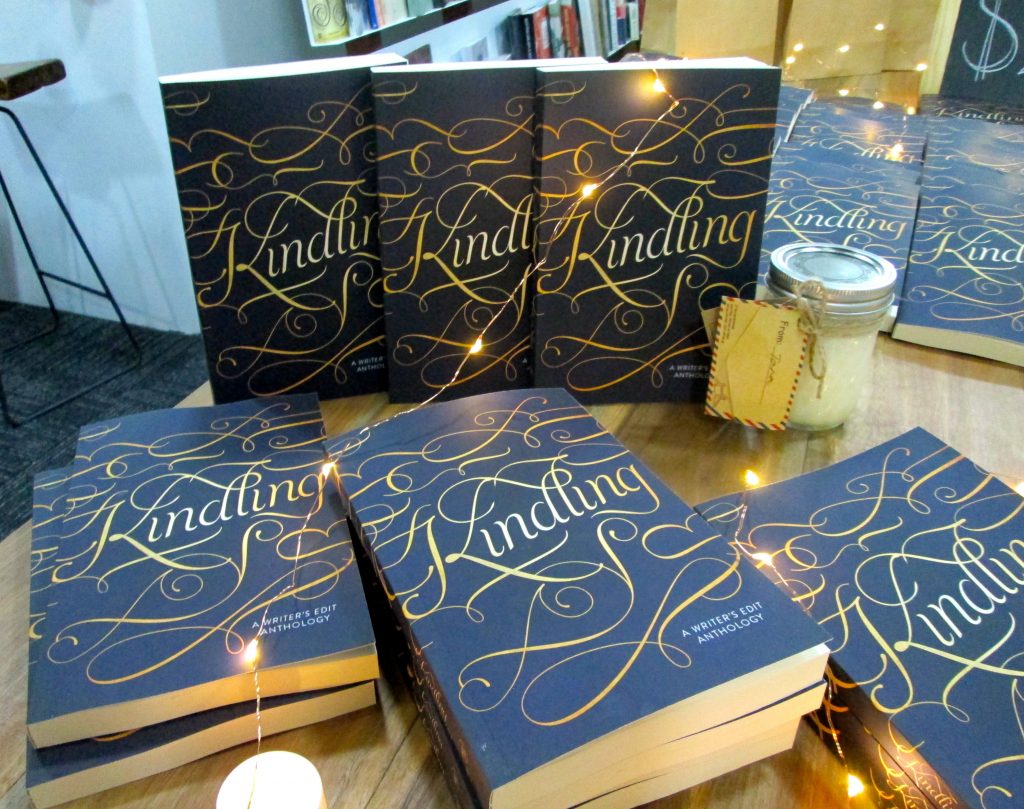 As many of our readers know, Kindling was funded by the generous pledges of our wonderful supporters, via the Australian crowd-funding site, Pozible. The original target for our Pozible campaign was to reach $1,800 in thirty days. Instead, we surpassed this goal in just five days – an incredible achievement!

A very special thank you to all our Pozible supporters is therefore included in the ‘Acknowledgements’ section of Kindling, for helping make our first, printed anthology a reality. So if you were one of our generous pledgers, be sure to grab yourself a copy, and check for your name in the back. You can also view the full list of our supporters here.

The Kindling launch kicked off at 7:30pm, at Published Art Bookshop in Surry Hills. This proved an intimate little venue, and hosted just the right atmosphere of cutting edge, creative ingenuity. The contemporary art, designs, and architecture encasing the shop, perfectly reflected the way Kindling aims to bring new, creative talents to the world’s eye. 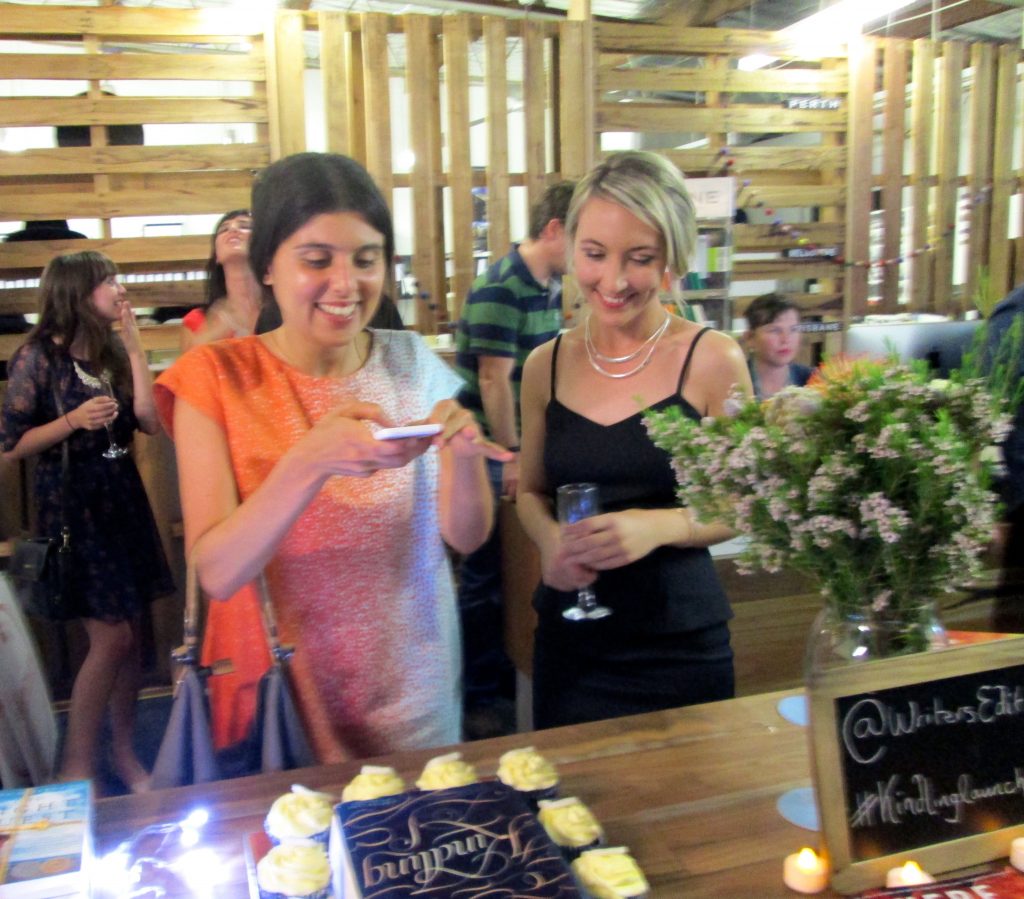 The night also hosted quite the turn out of writers, editors, publishers, and loyal supporters – some of whom had travelled far and wide. In fact, one member of our Writer’s Edit team had even travelled from as far as South Australia in order to be with us at the event!

For many of us here at Writer’s Edit, this was also our first opportunity to meet our fellow contributors and editors. This made an already special evening even more meaningful for our team, who embraced the opportunity with open arms.

There was a real atmosphere of community and warmth,” says Kindling Poetry Editor, Kyra Bandte, “which was lovely because that’s what inspired Helen to start ‘Kindling’: the word ‘kin’ and the idea of a cosy writing community.”

The anthology itself naturally took centre stage for the night. Copies of Kindling lined a display table in the middle of the room, selling for just $20 each. As a centrepiece, they looked absolutely stunning! With a gorgeous cover design by Alissa Dinallo, Kindling is one of those books that just begs to be taken home and kept on your nightstand as soon as you pick it up. In fact, Founding Editor, Helen Scheuerer, detailed in her speech that, prior to the launch, her proof copy was already causing reader-envy amongst passengers on the train. But of course, it’s not all about the beautiful cover. With over twenty-five, brilliant works of fiction, non-fiction, and poetry; Kindling promises to be an excellent and exciting read! 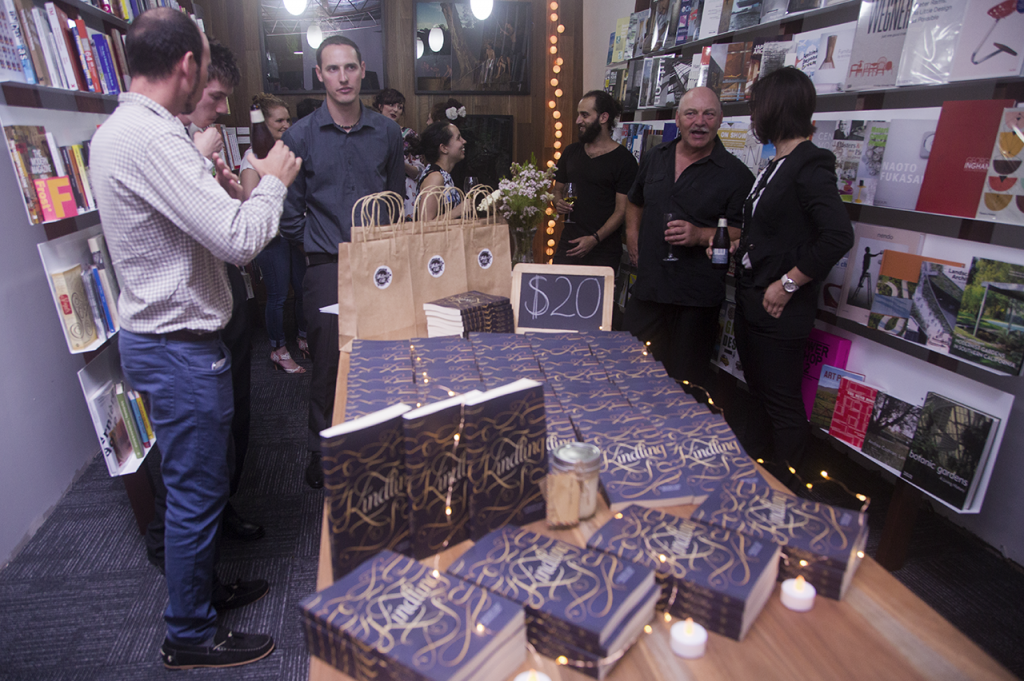 To mark the launch, excellent speeches were provided by regular Writer’s Edit contributors, Kyra Bandte and Kristin Prescott – both of whom read phenomenal excerpts from their works published in Kindling. The star speaker, however, was, of course, none other than our Founding Editor, Helen Scheuerer.

Helen started Writer’s Edit just over a year ago, with the intention of establishing a small press company. From there, her vision grew into the incredible online, literary magazine we have today, and in just twelve short months, Helen has succeeded in, not only building up Writer’s Edit, but also Writer’s Edit Press – with Kindling as its first publication. To achieve such phenomenal success in such a short space of time is truly a credit to Helen’s incredible hard work and dedication. 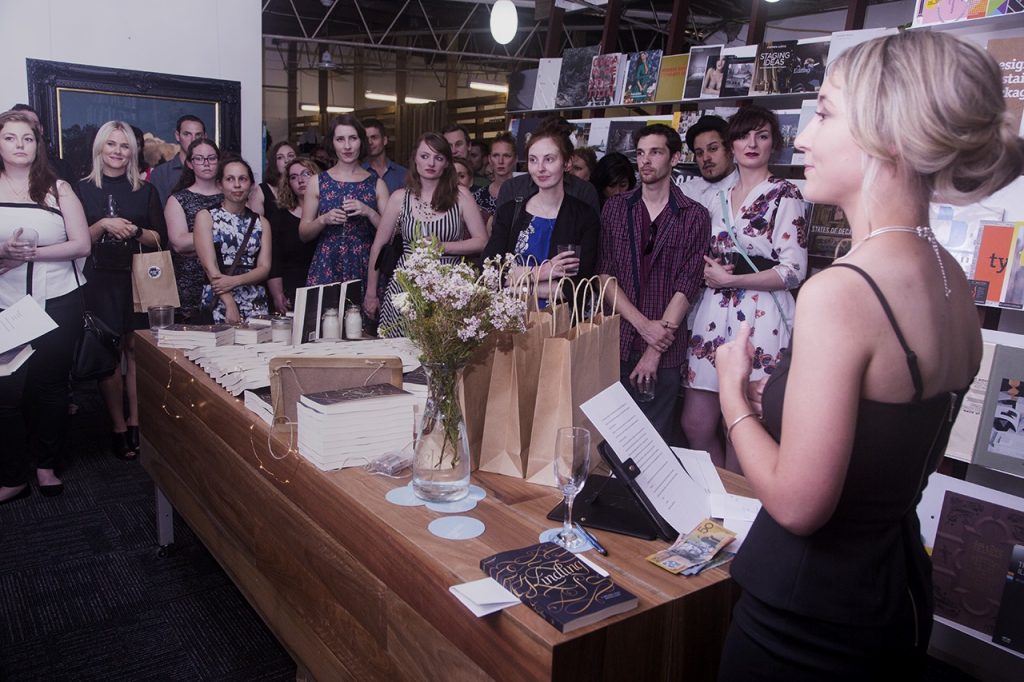 In her speech, Helen spoke briefly about the eighteen writers who contributed to Kindling. Each featured author is at a different stage of their career – from receiving their first ever publication in Kindling, to distinguished novelists and poets.

It’s a pretty eventful time to be a part of Writer’s Edit! With everything being achieved with the launch of Kindling, and the establishment of Writer’s Edit Press, whether you’re a writer, reader, or all-round literary nerd, there’s never been a better time to get involved with Writer’s Edit. As Helen asserted at the end of her speech on Saturday night,

In this room are the next generation of publishers, editors and authors. And I think that’s pretty damn exciting.”

Alyssa is an emerging writer from the Blue Mountains, NSW. She has dreamed of becoming an author from the time she could read, and spent much of her childhood stapling together her own little picture books. She has recently finished a Bachelor of Arts (Honours) degree at the University of Western Sydney, where she studied English Text and Writing. Due to graduate later this year, Alyssa is now in the early stages of drafting out her first novel, and hopes to make her name in the writing industry. In her spare time, Alyssa enjoys curling up with a cup of tea, a good book, or an intelligent TV show.