Every May, for one week, the wharves and amphitheatres of Sydney are filled with writers and book lovers; conversations start with ‘Have you read…?’, the streets are packed with people nose-in-novel, and the city hums with stories and new thoughts.

This year’s theme is ‘How to Live?’ with Sydney Writers’ Festival Artistic Director Jemma Birrell saying that the festival will “help us make sense of the world, exploring ideas of happiness, grief, spirituality, ageing, and mortality”.

The organisers of the festival expect over 60,000 people will attend panels, performances, and workshops given by over 400 industry professionals from around the world. 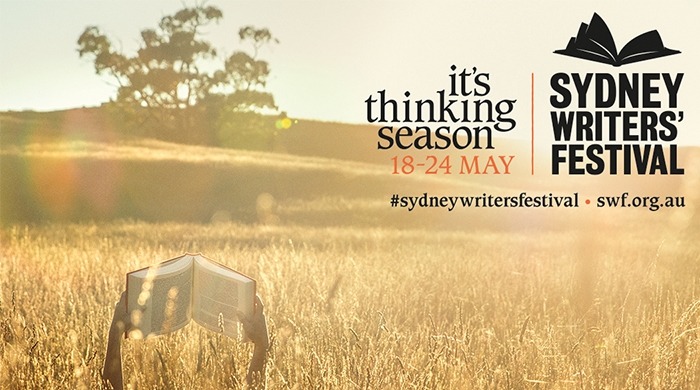 Every year the festival delivers on a seemingly never-ending list of fantastic authors; you’ve seen their books in the shops, heard their names on the television, and suddenly they’re in your city.

International headliners include the likes of James Patterson who has been the world’s highest selling author for over 13 years, 1991 Booker Prize winner Ben Okri, and ever-popular author of Cloud Atlas David Mitchell.

YA fiction writer Anthony Horowitz will be there, as will Miles Franklin award winner Evie Wyld and Lucky Us author Amy Bloom.

Trawling through pages of big names on the Sydney Writers’ Festival website is enough to make any reader feel giddy. Our island starts to feel small, when you recognise someone you follow on Twitter, or whose book launch you went to.

Industry notables like blogger and editor Angela Meyer, Momentum Books editor Joel Naoum, and author of Lion Attack! Oliver Mol are also writers to be on the look-out for.

What to Expect and General Advice

The main events of the Sydney Writers’ Festival are located around the wharves and piers of Walsh Bay, a short walk from Circular Quay and Darling Harbour. There’s a bustling atmosphere, a friendly vibe, a familiar face or two that might make you do a double-take.

If you plan your day well, your events should allow for half an hour of travelling between locations. Usually this is plenty of time (sometimes you only have to walk 50m).

Aim to get to your events at least fifteen minutes before they start – the earlier the better, so you can get a good seat. You’ll spend a lot of time standing around in lines, so make sure you have a book handy (of course) and that you’re dressed for appropriate weather conditions.

If you’re not a city-kid and you’re travelling to the festival this year, don’t worry. The Sydney Writers’ Festival is easy to navigate and full of helpful volunteers ready to point you in the right direction.

While there’s a lot going on around the wharves and in late-night events around the city, there is a shuttle bus that runs a circuit around festival hot-spots, starting with Circular Quay (and it’s only $2 for a round-trip).

Why You Should Go

It’s easy to say that you’re too busy to attend, or that it’s too far to travel, or that you don’t want to go on your own. We all have that inner un-socialite that starts to make excuses as to why we should give this year a miss.

But as writers, we need to get away from our desks, stash a book in our bag, hop on that train, and be amongst other people who have as much passion for words as we do. We need to be part of a community every now and then, to understand that we’re not alone as creative people.

We need to hear published authors say that they struggled, that it was tough, that they still love writing. We need to inspire ourselves.

Strike up a conversation with someone and start networking with other writers, follow their blogs, live Tweet your experiences. By becoming an active part of the writing community you help to further our industry.

With every year that the Sydney Writers’ Festival gains exposure and attendance numbers we help further its Arts funding, we make a name for Australia in the wider world, we say ‘books matter’.

If you love writing, if you love reading, if you thought about attending last year but didn’t, make 2015 the year you head out to the Sydney Writers’ Festival. Who knows, we might just see you there!

Writer’s Edit will be attending various events across the Sydney Writer’s Festival this year, and telling you all about it. Stay tuned for further articles and inspiring pieces from our writers.

The only thing harder than getting started on a new writing project is returning to an old one after an extended period away. We all need breaks from writing for the same reason we require annual...

Continue Reading
link to What's The Difference Between A Synopsis, A Pitch And A Blurb?