The brainchild of writer Blaise van Hecke and her husband, photographer/illustrator Kev Howlett, Busybird Publishing is a unique blend: a traditional publisher that releases a handful of titles yearly; and a fee-for-service self-publisher which, to date, has not only helped over one hundred authors get their stories out into the world, but educated and nurtured those authors as to what publishing’s about.

From A Love of Story

Stories have always captivated Blaise van Hecke, ever since she listened to the radio play of Watership Down on BBC National as a child. The daughter of published author, Lin van Hek, Blaise found in stories entertainment, escapism, and a means of understanding the world around her.

While she took the route most did – marriage, kids, and work – she nurtured her love of story by beginning her own novel, ‘The Colours of Ash’, in 2007, which is about a young couple dealing with their grief and struggling to reconnect following a personal tragedy by retreating to the bush.

As a means of furthering her writing, she enrolled in a Professional Writing & Editing course part-time in 2006 but, while studying, fell in love with publishing, and found a means to evolve her small husband-and-wife design business, Busybird Publishing, into a fully-fledged publisher.

This began with [untitled], an anthology of short stories that was open to general submission. Uniquely presented as a pocketbook paperback, [untitled] posed a steep learning curve that taught the Busybird team about facets of publishing: from liaising and dealing with authors, to dealing with printers, organising launches, and dealing with distributors and bookstores.

‘I’m really proud of [untitled],’ Blaise says. ‘A lot of the bigger journals were focusing on literary fiction, whereas we were open to anything. We’ve also featured a lot of authors who’ve gone on to publish books, like Tess Evans, Ryan O’Neill, and A.S. Patric.’

During this time, Blaise worked part-time as the Literary and Reading Coordinator for Yarra Plenty Regional Library, and also subcontracted as an editor for a partnership publisher. Partnership publishers are so-called because they supposedly operate on a model of splitting expenses with the author, and sharing the profits. Theoretically, the model is sound. Theoretically.

‘There was no transparency,’ Blaise says.

In some cases, authors believed they were being accepted for publication, as if they’d submitted to a traditional publisher. Then they’d be convinced to publish for a large sum of money, regardless how good their book was. Because they didn’t know any better, they’d spend their hard-earned money, believing they had a bestseller and a fortune was just around the corner. If only any form of publishing was that easy!’ 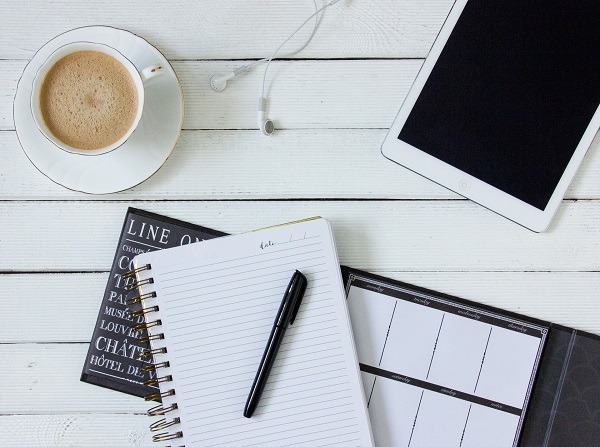 Throughout, Busybird continued to grow, producing the anthology Journey: Experiences with Breast Cancer – a nonfiction collection designed to help people understand breast cancer, something Blaise’s sister was going through at the time – and the children’s book, Who is a Cheeky Monkey?

Both books also had altruistic intents, as a portion of proceeds went to charitable endeavours: for Journey, to BreaCan (http://breacan.org.au/) and WHoW (Women Helping Other Women – https://www.facebook.com/WeRhelpers); and for Cheeky Monkey, to Destiny Rescue (https://www.destinyrescue.org/), which endeavours to end child-sex slavery. There were also several more issues of [untitled].

In 2013, Busybird graduated from a home-business to a premise in the heart of Montmorency, Victoria, where they host a monthly Open Mic Night that’s developing quite a following, as well as workshops on writing, editing, and photography – husband, Kev Howlett, has thirty years experience as a commercial photographer. Blaise also became the President of the Victorian chapter of the Society of Women Writers.

‘I’d been a member for a while, and almost fell into the role,’ Blaise says. ‘What I’d really like to do is to grow our membership, and help women tell the stories only they can. I think there’s a lot of good women writers out there who just don’t know what to do next, and the Society is something that can help them.’

While Busybird continued to focus on producing a handful of their own books yearly – also taking on the established anthology, page seventeen – they also developed a self-publishing arm, determined to help people get their stories out into the world.

With the development of digital publishing, self-publishing has become relatively inexpensive and accessible,’ Blaise says, ‘and you can produce a book that looks no different to a book that comes out of the big mainstream publishers. We do encourage authors to exhaust the traditional route before self-publishing, but once they decide that’s the course they’ll take, we provide fee-for-service, making no claims on rights or royalties.’

One of the goals behind Busybird’s self-publishing arm is that authors have a pleasurable and rewarding experiencing, and that they produce a book that they can be proud of. Blaise’s own experiences with the partnership publisher, as well as horror stories she’s heard first-hand from authors who’ve dealt with other similar businesses and come to her in tears, has been a continuing motivator.

‘There are unscrupulous people out there who’ll play on your inexperience and ego,’ she says, ‘people who’ll flatter you and even outright lie just to get your money. They have no interest in your book, or you, outside of what you can pay them. One of our authors was upsold thirty thousand dollars worth of marketing, and yet given no book. She had to go to litigation. Another was told his fantasy novel, if published, was a likely candidate for television adaptation. They’ll say anything.’

Busybird has also continued to expand its own catalogue, producing Self Made, an anthology containing biopics from eight successful small business owners (including Blaise herself) about how to succeed in business; Healthy Mind, a collection from ten professionals who use their individual modality to talk about the best practices to keep a healthy mind; and Walk with Me, a gorgeous full-colour photojournal of husband Kev Howlett’s trek up to Mount Everest Basecamp and back.

There’s also Below the Belt: Experiences with Prostate Cancer, a collection of nonfiction stories and poetry about prostate cancer; Joffa: Isn’t That Life?, an autobiography from Joffa Corfe, arguably Australia’s most famous (Australian Rules) football supporter; and The Uncanny Love of Jimmy Panagakos by Beth Hill, the inaugural winner of Busybird’s 2014 Great Novella Search; as well as several more editions of [untitled] and page seventeen. 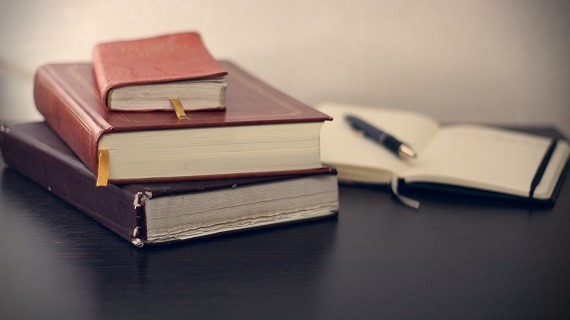 With our nonfiction we try to find some positive outcome,’ Blaise says. ‘Joffa’s daughter has epilepsy, so a portion of proceeds from Joffa: Isn’t That Life? goes to the Epilepsy Foundation. With Below the Belt, it’s to the Prostate Foundation. Walk with Me was particularly close, as it was to raise awareness and money for CMT – Charcot-Marie-Tooth Syndrome, an incurable degenerative nerve condition that our eldest son has.’

‘We like to think all our nonfiction books make some constructive contribution, financially with charitable donations, and/or to the public conversation about specific issues. For instance, Joffa: Isn’t that Life? talked about domestic abuse, homelessness, the importance of community – all things that are as relevant now as they were when Joffa was experiencing them firsthand in the 1970s – and epilepsy.’

Busybird is also looking at continuing to expand its fiction catalogue. There’s a new [untitled] issue seven; as well as Drifting by Sean O’Leary, the winner of the 2016 Great Novella Search, which is due out next year; and Blaise teases there might be a novel in the pipeline.

That’s on top of Healthy Body, the next book in the Health Conscious series, which began with Healthy Mind. And, as she toils away, coordinating publishing projects, workshops, and her own responsibilities, she also continues to work on her own book, as well as a memoir of her unconventional childhood growing up on a hippy commune, entitled Take Me to the River. The question is when she’s done, what course will she take?

In all likelihood, I’ll self-publish,’ she says. ‘Traditional publishers are risk averse, and only accept a tiny amount of unsolicited submissions yearly. Lots of good books fall by the wayside. That doesn’t make them any less worthwhile.

Just look at Andy Weir’s The Martian and Lisa Genova’s Still Alice – both books that were originally self-published, became bestsellers and were then picked up by traditional publishers, and then became hit movies with A-list actors. If those authors had relied solely on traditional publishing, we never would’ve seen those stories – in any form.’ 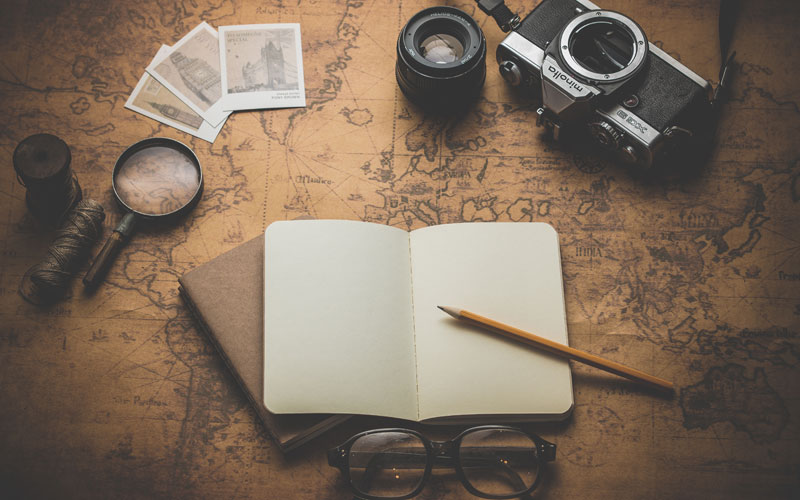 Whilst self-publishing once carried a stigma, you get the feeling that Blaise truly believes that it’s equally as meritorious as being traditionally published. With that being the case, does she have any last thoughts – any advice – for authors interested in self-publishing?

‘Do it right,’ she says. ‘Too many people skimp on editing, design, and production, which is why self-publishing can have a bad name. They think that the idea behind their story is so amazing that readers will forgive all that other stuff being substandard. Readers won’t. It’ll turn them off. If you’re going to self-publish, do your best to make your book the best it can be.’

Les Zigomanis is a Melbourne-based writer who’s had stories and articles published in various print and digital journals and, once upon a time, had two screenplays optioned. He blogs (currently about neurosis, at ‘The Other Me’ and is a regular contributor at Busybird where he shares advice on writing and editing.