Here’s a story you’ve probably heard before: once upon a time, there were books. The people who wrote them were few, the people who read them comprised of everyone else. Then the internet happened.

There are few who would deny technology’s transformative hand in nearly every area of the publishing industry and the writer’s life. Once, the big publishing houses dominated and big book deals were one of few paths to literary success.

Now? The internet pioneers a democratisation of the system. The humble self-publishing stories of success can reach meteoric levels of fame. The burgeoning poet can find a loyal audience in every part of the globe. Independent magazines and presses can provide a platform for the voices, too often marginalised by the mainstream.

The question I’ve often wondered is how technology has changed the very act of writing. What does it mean to put pen to paper, when there is no pen and there is no paper? Is any tool, whether paper or computer, superior for the process of crafting a novel? 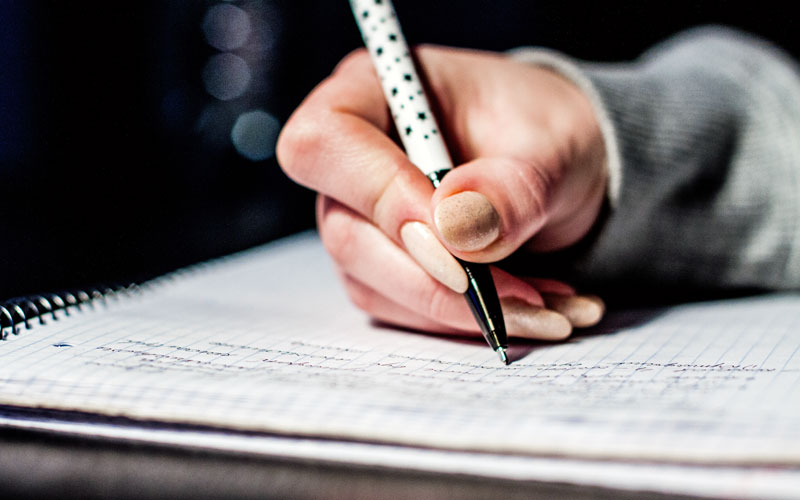 Whatever answers we could ever reach to these questions may well change within 10, 20 or 50 years. We can only imagine what the writer’s life will entail in a few centuries time, let alone what mediums of writing there will one day be.

Here, we explore a glimpse of the writer’s life, from the psychological benefits of handwriting to the processes of famous writers.

When we try to compare paper and computer, you would be right to think paper has a slight advantage. Humans have been using paper for millennia. In comparison, humans have used computers for mere decades, albeit revolutionary decades.

Though many of us now are unable to detach from the digital, paper still holds a special place in our hearts. I’ll be the first to admit I become over excited upon entering any stationery store. The crisp feel of fresh paper, the scent of books in a bookstore, the satisfying sound of turning over the first page. 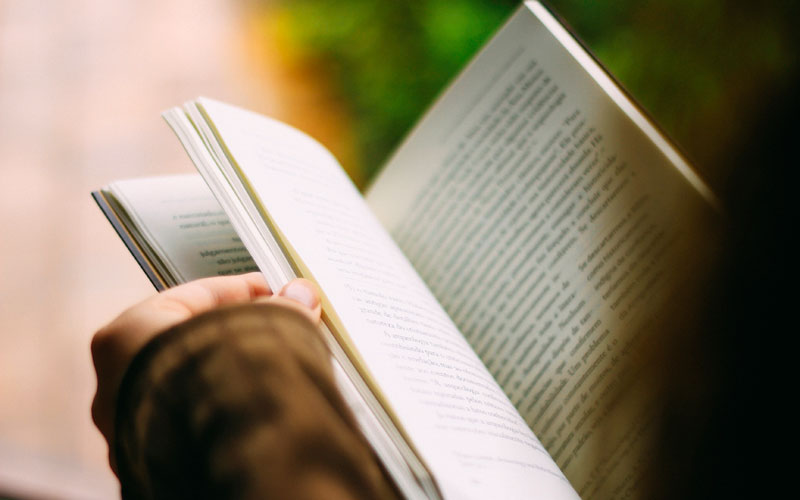 Perhaps that’s why a stationery store feels a little like a second home (or perhaps my weird obsession is just that – weird). Among sheets of paper in every size imaginable, we’re brought back to where writing all began.

For a long time, people wrote love letters, memoirs, tragic tales, accounts of war, poems, eulogies and even money onto paper. Although not all civilisations throughout time have documented their experiences, paper often is the mirror to our worlds. We see, in words, human ingenuity and stupidity.

A writer is someone who pays attention to the world.” — Susan Sontag

Egyptian papyrus, crafted from interwoven strips of plant stems, is well known as the first instance of paper. Since over 5000 years ago, the Egyptians, and even Greeks and Romans, used papyrus as their favoured medium for writing.

However, “true paper” as we know it today, only came about in 2nd century China. True paper was flexible, strong, smooth, and, like papyrus, created from plants.

These days, getting your hands on quality paper is as easy as ducking to your nearest newsagency. Mass production has allowed every size, colour and thickness to be easily available.

With a history so rich, there’s no surprise that humans have such a special relationship with paper and the art of handwriting.

Many studies have documented real differences in the way we absorb information, when writing notes compared to typing them. Mueller and Oppenheimer identify greater retention of and critical engagement with information for people who wrote their notes by hand.

Laptop note takers comparatively took more notes, on average, though had a greater tendency to transcribe verbatim what they’re hearing and learning. Since, this often detrimentally affected their learning, those who wrote notes by hand generally fared better.

Take notes by hand, and you have to process information as well as write it down. That initial selectivity leads to long-term comprehension.” — The Atlantic

When it comes to the classroom, it’s clear paper is a winner.

Even Richard Branson attributes part of his success to his habit of handwriting notes.

Note taking is one of my favourite pastimes. I can’t tell you where I’d be if I hadn’t had a pen on hand to write down my ideas (or more importantly, other people’s) as soon as they came to me. Some of Virgin’s most successful companies have been born from random moments—if we hadn’t opened our notebooks, they would never have happened.”

The humble notebook, still often regarded as the greatest productivity tool, becomes like a second brain, a second home for ideas, memories, slices of inspiration. There’s also a permanence to paper that is lacking from fleeting, wandering thoughts. 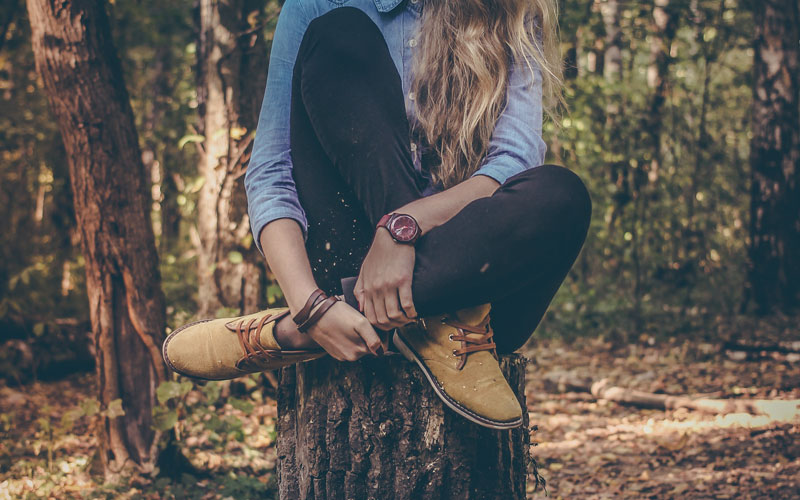 Of course, writing down mere notes is a different game to writing a novel. Do the benefits of handwriting in the classroom translate to a richer, novel writing experience? Or is the difference between typing and handwriting of little significance to the writer? For this we must turn to the writers who have come before.

Famous writers on their approach to writing

Blame it on natural curiosity or the insatiable human desire to snoop into other people’s business, we all love to learn about the lives of our favourite writers. Everything from their influencers to the way they setup their desk is “essential” information we all want to know. Thankfully, the insights into the lives and works of many modern writers have shone considerable light on the question of paper or computer. Whether one is an absolute superior will always be unclear, though the reasons why some prefer one over the other are understandable and ingenious. 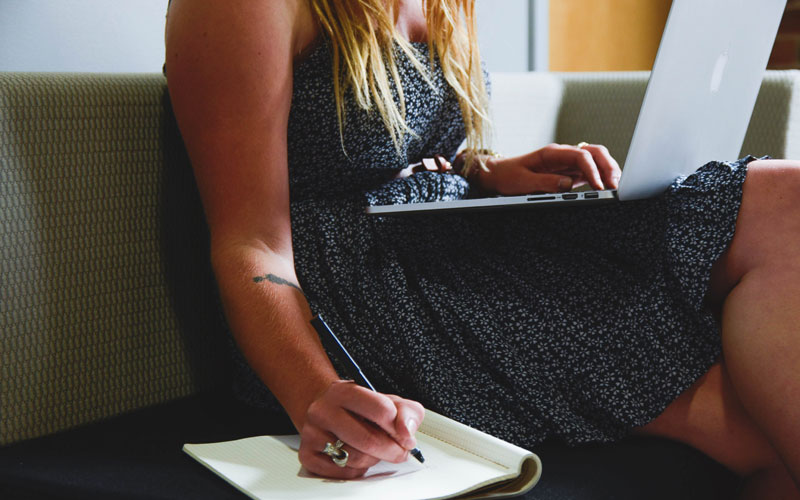 Here are how some famous writers prefer to write:

American writer, teacher and political activist Susan Sontag certainly penned many pieces throughout her life. In an interview with The Paris Review, Sontag shared her writing process that incorporated a mixture of pen, paper and, more recently, computer.

I write with a felt-tip pen, or sometimes a pencil, on yellow or white legal pads, that fetish of American writers. I like the slowness of writing by hand. Then I type it up and scrawl all over that. And keep on retyping it, each time making corrections both by hand and directly on the typewriter, until I don’t see how to make it any better.

Up to five years ago, that was it. Since then there is a computer in my life. After the second or third draft it goes into the computer, so I don’t retype the whole manuscript anymore, but continue to revise by hand on a succession of hard-copy drafts from the computer.” — Susan Sontag

Like many modern writers, a love for pen and paper and the “slowness” of writing didn’t not dissuade her from technology’s allure.

The writer’s life is as much as a collision of digital and analogue devices, enabling the writer to turn mere thoughts into tantalising tales.

Author Neil Gaiman is often candid about the details of his writing process, in interviews and on his blog. Often his preference for pen and computer depends on the form which his writing takes:

For novels, I like the whole first and second draft feeling, and the act of making paper dirty, whereas, for screenplays, I value the immediacy of a computer.” — Neil Gaiman

As someone who loves words and loves stationery, Gaiman’s novel writing ethos makes sense. A flickering word count on a screen, while rewarding once you’ve hit the 1,000’s and 10,000s, seems a fragile indicator of success compared to the deeply satisfying feeling of flipping through a filled notebook.

Gaiman also notes that the slowness of writing is an essential reason why it’s a useful practice.

Working in fountain pen is good because it slows me down just enough to keep my handwriting legible. Often I use two pens with different coloured ink, so I can tell visually how much I did each day.” — Neil Gaiman 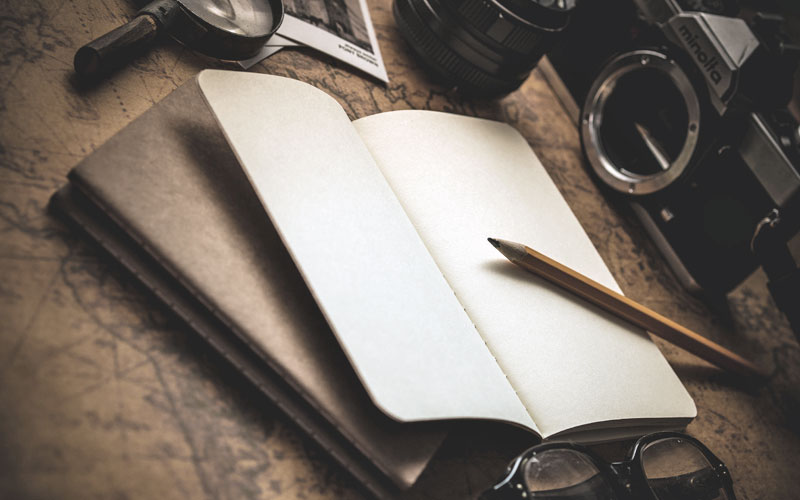 Jhumpa Lahiri is an Indian Bengali American author and winner of the 2000 Pulitzer Prize for Fiction. In an interview with Harper’s Bazaar, Lahiri shares her writing process that, like many writers, mixes paper and computer.

She, in particular, enjoys printing out sections of her writing for the first time and scribbling edits through the margin. However, writing longhand is still an essential part of her process:

I dont write exclusively by hand but I think I feel freer when I write by hand. In fact, I know I do. I write at odd times. I have a notebook by the bed. A lot of things will come to me, which I’ll note down longhand. When you’re writing a book, there are the hours at a desk then there are all the other times that the book is still alive.” — Jhumpa Lahiri

Though writing longhand is, on average, a slower process than typing, Lahiri finds a freedom in handwriting that is inspiring.

The “slowness” becomes part of the writing process, transforming disparate thoughts into cohesive sentences and into a polished, singular story. What might be considered a limitation is indeed a benefit, an advantage.

Author Stephen King has written many novels, most of which on a computer. Though, from time to time, King experiments with longhand to see how it changes his process.

I’ve occasionally gone back to longhand…because I wanted to see what would happen. It changed some things. Most of all, it made me slow down because it takes a long time.” — Stephen King

The most fascinating part of these “experiments” are the results: a noticeable change in his first drafts.

It made the rewriting process a lot more felicitous. It seemed to me that my first draft was more polished, just because it wasn’t possible to go so fast. You can only drive your hand along at a certain speed. It felt like the difference between, say, rolling along in a powered scooter and actually hiking the countryside.” — Stephen King

Though it’s unclear if the aforementioned writers noticed any difference when writing longhand or typing, King’s conclusions make it clear that choosing one or the other matters. You may inadvertently shape your end result, a novel, by simply choosing paper, computer or both. 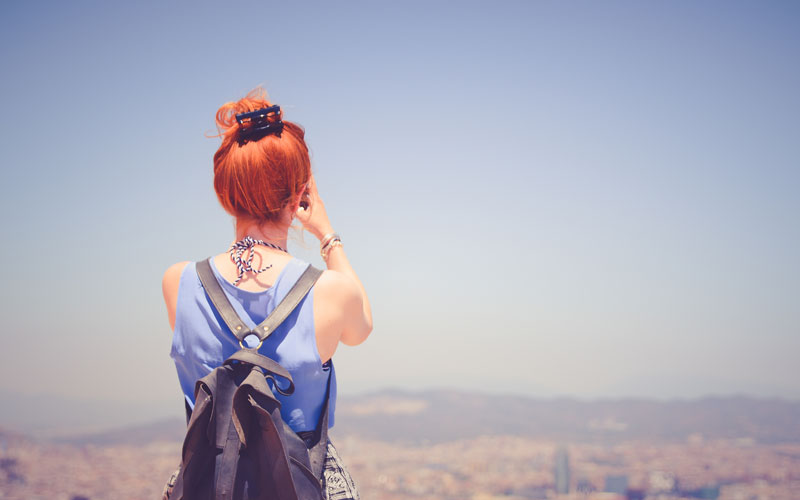 Whether you use paper or computer, we needn’t decide that one is superior over the other. No doubt, humans will continue to write and write, since that desire to feel, observe, understand and document is a real and human one. No matter what the medium.

Perhaps we might even think of paper as the balancing influence that forces us to slow down, in such a fast-paced, globalised, digitalised world. The imperative? To write novels worth reading.

As Susan Sontag once said, “A novel worth reading is an education of the heart. It enlarges your sense of human possibility, of what human nature is, of what happens in the world. It’s a creator of inwardness.”

Now, it’s over to you fellow writers. Do you write with paper, computer or both?

Bernadette is an emerging writer who spends her days working as an editorial assistant and a community manager. This year, she's completing her Bachelor of Communication (Creative Writing) at the University of Technology, Sydney. She firmly believes the best days begin with a cup of tea.